Interview with Piero Di Lorenzo, President and CEO of IRBM 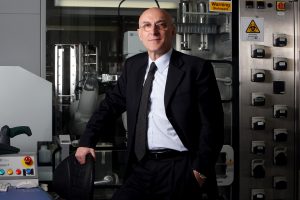 The company based in Pomezia (Rome) starts the production

«A great pride and a bet won»

When Piero Di Lorenzo bought IRBM from the multinational Merck eleven years ago, he would never have thought that now he would not even buy the gate of his company with the same money. After synthesizing the Spike protein, Oxford asked Pomezia to develop and characterize the necessary adenovirus. IRBM thus collaborates with both Oxford University and AstraZeneca to develop the vaccine by producing the Spike protein’s viral vector. «So far, we have already passed the strict controls of the British MHRA thrice», says Di Lorenzo. Tests «will end in September, if everything goes as planned. In the meantime, we have already started the production to be prepared».

Like Rassegna Stampa Interview with Piero Di Lorenzo, President and CEO of IRBM

About the Author: Eugenia Russo